We’re making waves! Sign up to stay updated on the latest developments and events in The River District.

Tell us a little bit about yourself and where you’re from.

Taylor was born and raised in Fort Worth and met Jennifer while they were both attending TCU. Jennifer got to Texas as quickly as she could after growing up in Illinois, just outside of Chicago. We are diehard Horned Frogs and love attending different TCU sporting events throughout the year. Our faith is very important to us, and we are a part of Watermark Community Church. We also love spending time outdoors and going on adventures with our chocolate lab, Reagan.

When did y’all move to The River District, and why did you decide to move here?

We moved to The River District two years ago in the spring of 2017. We had just recently gotten married and had honestly intended on living in an apartment for a few years, but then we heard about River Heights. We fell in love with the neighborhood and were excited by the overall vision for the development of the area. We also liked its proximity to some of our favorite parts of Fort Worth and loved having direct access to the Trinity River.

What do y’all do for a living?

So, we hear you have an Insta-famous Chocolate Labrador who has her own following on Instagram? Tell us more about that!

Yes, and she is way cooler than either of us! She loves making people smile and has grown to be known and loved by people across the globe. We get messages all the time from people in the US and abroad thanking Reagan for the joy her posts bring to them. Taylor jokes that he knew things were getting serious when he was at a store in Fort Worth and someone approached him and asked if he was the dad of “Lil Reagz” from Instagram.

How old is Reagan and how did you all come together?

Reagan is just over a year old.  Taylor grew up with a Chocolate Lab, Hershey, that Jennifer met and immediately fell in love with. We quickly decided that one day, after we were married and had a backyard, we would get our own chocolate lab puppy and name her Reagan (after Jennifer’s favorite president). We wanted an English lab, which are less common in Texas. They are known for their blockier heads, stockier builds, and more calm, sweet demeanors.

Reagan is from right outside of Indianapolis, Indiana, where Taylor flew and got her the day she turned 8-weeks-old. The video of Jennifer and Reagan meeting for the first time when Taylor and Reagan landed at the airport is one of the sweetest things you’ll ever see.

What prompted you to start a social media page for her?

Before getting Reagan, there were some Chocolate Lab accounts that we followed on Instagram and found great enjoyment from. We figured we might as well make one for Reagan and thought it would be a fun way to keep track of her life. We had no idea it would blow up the way it has.

At what point did Reagan begin to attract a lot of followers, and what was her reaction (as well as your own)?

Reagan started gaining a pretty solid following fairly quickly thanks to some of her puppy pictures that got featured and tagged by some well-known Labrador accounts with large followings. She also had a few puppy videos go viral that helped get the momentum going. Reagan has always been very good at sitting still and posing for pictures with the cutest little faces, which typically include her big, goofy tongue hanging out.

Which one of you does most of the posting on Instagram?

Most people assume that Jennifer runs Reagan’s Instagram, but outside of us sharing the duties of posting to Reagan’s story, Taylor does almost all of the picture taking and captions for her main posts.

What are Reagan’s three favorite things to do outside of her social media life?

How would you describe Reagan’s personality?

We were warned when Taylor picked up Reagan in Indiana that we were going to have quite the personality on our hands. Reagan is sassy, stubborn, and tends to have selective hearing at times. She knows how to use those puppy eyes to get her way! She is very sociable, energetic, curious, and playful. Reagan brings so much joy to her family and those she meets. She’s always excited to see people, and her tail wagging can get quite ferocious! You know she’s really excited to see you when the tail wagging turns into a full body wiggle. She’s extremely outgoing and friendly and has truly never met a stranger. She is very sweet and affectionate and loves to give kisses and snuggle with her mom and dad. 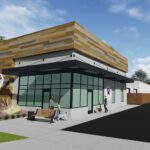 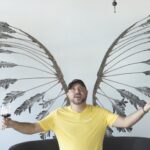 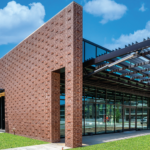 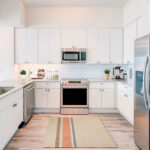 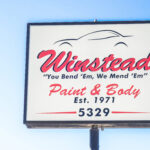